Typhoon Muifa is forecast to hit the Chinese port of Shanghai and Ningbo, on September 14, likely to be another blow to Shanghai's logistics market after the March-to-June lockdown. 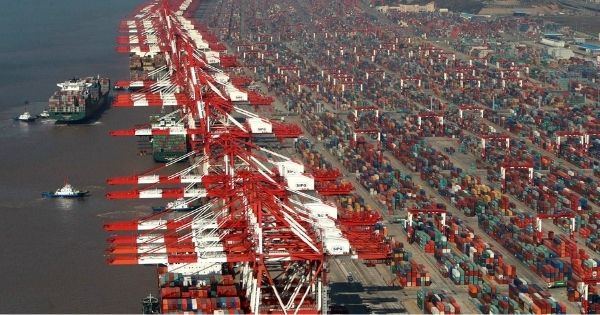 China Meteorological Administration said that the 12th typhoon this year, is expected to move in a north-northwest direction and will enter the southern part of the East China Sea after passing Okinawa.

On September 11, China's Ministry of National Defense and Ministry of Emergency Management instructed ports to take precautions in advance as heavy rain and strong winds are expected to make landfall in Shanghai, as well as Zhejiang provinces, Jiangsu and Shandong from today to September 16.

The arrival of typhoon Muifa could be another blow to Shanghai's logistics market after the city was locked down from March to June.

28 container ships are currently in Shanghai, while there doesn't seem to be any in Ningbo right now.