There have been a lot of changes in the Top 50 shipping lines ranking since the Covid-19 pandemic appeared, not only in the No. 1 position that MSC has replaced Maersk, but also many more Chinese shipping lines have been entered this ranking. 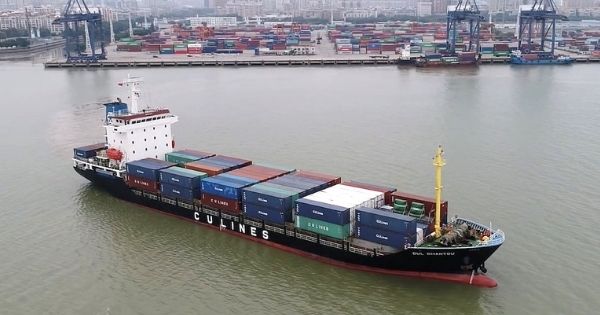 Since the beginning of the pandemic, there have been many changes in the shipping line ranking, not only in the top position but MSC has replaced Maersk.

In its latest weekly report, liner consulting firm Sea-Intelligence has charted which carriers have risen in rank over the past two-and-a-half years and how they have tried to eliminate the charter market in the current market boom.

Seven shipping lines have entered the Top 50 since January 2020, led by China.

CU Lines wasn't even in the top 100 when the pandemic broke out, but now operates a fleet of 82,000 teu and is the 24th largest carrier in the world. Likewise, Hong Kong-registered BAL has jumped from outside the top 100 to number 44. Meanwhile, Shanghai Jin Jiang has seen its fleet grow 124% during this period and currently occupies the 35th position in the ranking of Top 50 largest container shipping lines.

Non-Chinese shipping lines making it to the Top 50 include Pasha Hawaii, Tropical Shipping and most interestingly, Russia's FESCO. Since the war between Russia and Ukraine began, most global carriers, with the exception of China's COSCO, have stopped doing business with Russia. FESCO has managed to maintain its size despite sanctions over the past four months.

Also of note in the shuffling of the biggest liner charts during the pandemic is the disappearance of three well-known brands - NileDutch, merged by Hapag-Lloyd; Heung-A, merged into Sinokor; and Transworld Feeders, now part of Unifeeder.

The Sea-Intelligence report also shows how shipping lines have switched to owning their own ships instead of chartering them during the pandemic. The majority of carriers have seen the charter rate of their fleets decrease. For many carriers, chartered ships accounted for 56% of their fleet capacity in January 2020. This has now dropped to 48% by June 2022.

“This is most likely a clear reflection of the tight container market, leading carriers to attempt to get more control of their vessel fleet,” Sea-Intelligence commented.

Source: Phaata.com (According to Splash247)