The opportunistic benefits from the market during the Covid pandemic for container shipping lines have disappeared, spot freight rates have plummeted to near pre-pandemic levels. 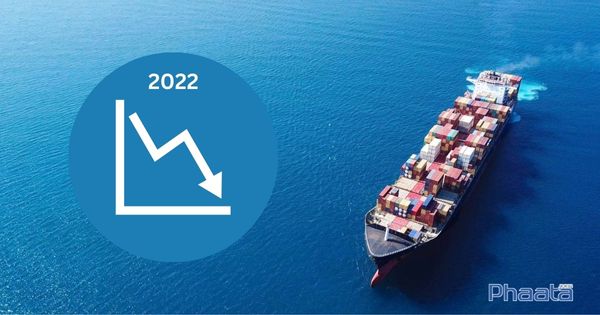 The Freightos Baltic Daily Index (FBX) showed China-North American West Coast rates at $1,378/FEU on Monday. The index is flat since November 23 and is down 93% from its all-time high in September 2021.

Container freight rates have ended a roundabout journey since the start of the consumer boom caused by COVID - and are now back where they were at this point in 2019.

The weekly Drewry World Container Index (WCI) assessed the Shanghai-Los Angeles spot rate at $1,992/FEU as of last Thursday. It has been virtually unchanged since December 8. This price is down 84% from its November 2021 high, although it is still $557/FEU higher than it was at the end of December 2019.

Spot container freight rates are also assessed by Platts, a division of S&P Global Commodities. According to Platts, Asia-North America West Coast spot rates are at $1,300/FEU as of Monday, $50/FEU lower than their rates at this point in 2019.

That blockage was finally cleared. There were 10 ships lined up off Savannah, Georgia, on Monday, down from nearly 50 ships in the third quarter.

In other routes, container freight rates are still high compared to normal levels, including the transatlantic route.

According to Sea-Intelligence, this route is still a bright spot for shipping lines, but it is also about to be extinguished. Sea-Intelligence CEO Alan Murphy said carriers are pumping "serious amounts of capacity on this trade lane." That increase in capacity will reduce spot rates.

“From mid-December 2022, operated capacity on North Europe-North America East Coast will shift from being roughly at the same level as in 2019 to being 20% higher. And as we get into mid-February 2023, this is poised to jump even further, to 30% [higher]. Capacity from the Mediterranean will grow at an average of 25% over 2019 in January-February 2023.”

Re-signed long-term contract rates are much lower in 2023

Annual long-term contract rates have yet to return to normal — playing a key role in ocean carrier profits. Ocean carriers transport most of their output at contract rates, not spot rates. When the spot rate falls, the contract price will also decrease, but there is a delay.

For long term freight rates tracked by Xeneta. The long-term contract index held steady in December after a sharp drop in November. Xeneta's global average contract price was still up 70% year-on-year this month and recorded freight rates. Contracts for US imports are still 130% higher.

Xeneta CEO Patrik Berglund said: “This is really just the quiet before the storm.” “As more and more long-term contracts expire in the new year, expect the [Xeneta’s long-term index] to post far greater month-on-month declines."

“All indicators point toward considerable rate drops from today’s levels.”

"We’ve seen a golden age for the carriers since the beginning of the pandemic, but those days are all but gone now," said Berglund.

Source: Phaata.com (According to Freight Waves)