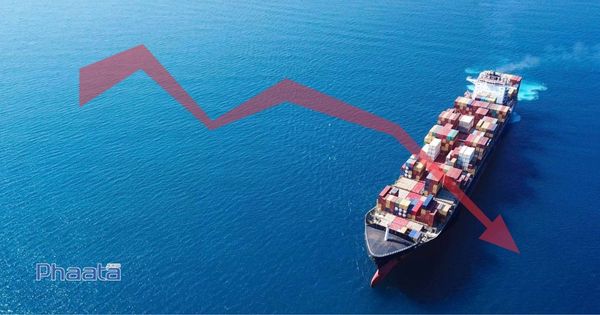 The surge in demand for seaborne imports due to the pandemic has driven global freight – and freight rates – to record levels in 2021 and 2022. According to Freightos, logistics costs have played an important part in the increase inflation and it could be an equally important factor in the recovery when freight rates fall and operations return to normal.

In addition, Asia-Europe freight rates have fallen by 50% in the past six weeks, but are still 30% higher than in 2019 due to an increasing number of blanked sailings, congestion and some labor disruptions recent may slow down operations.

Carriers are expected to empty about half of their scheduled ex-Asia sailings in the months following the Lunar New Year, while some Asian manufacturers will have the unusual adjustment of shutting down operations into the holiday is as early as the second week of January when there are signs of a drop in demand.

Judah Levine, head of research, noted that slowing transaction volumes have kept rates from Asia-US West Coast stable at 2019 levels for about a month now. Prices on the East Coast continue to drop 10% since last week due to reduced demand and congestion - and although the rate of decline slowed in December, prices are now just 12% above their year-to-date 2019 levels.

Furthermore, Asia-North Europe rates have fallen by 50% since mid-November. However, blanked sailings, some prolonged congestion and new labor disruptions in some ports can be combined to keep prices 30% higher than December 2019.

Transatlantic freight rates above $5,600/FEU are still almost three times higher than in 2019, despite the fact that these prices are down 30% from their May-September peak of $8,000/FEU as carriers add capacity to this still lucrative route and ease congestion.

According to Levine, another sign of slumping demand is the unusual move by some Asian manufacturers to close for a holiday as early as the second week of January.

According to Freightos analysis, the easing of covid restrictions in China also contributes to more workers taking sick leave, while other modes will also reduce the shipping capacity of barges and trucks in the beginning month, which can also cause the holiday season to start earlier.