International logistics and container shipping market update on Asia, Europe and North America routes in the week of 52/2022. 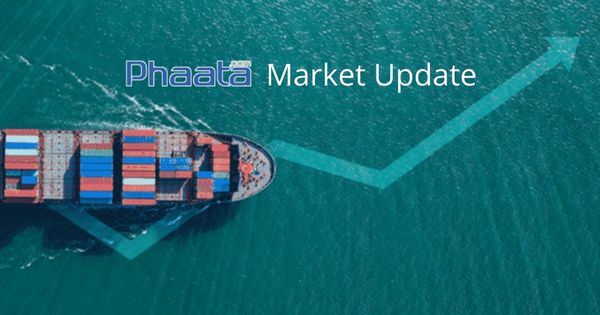 Transport demand on the Asia-North America route is still weak. Sea freight rates on the Asia-North America route continue to decline and are close to pre-pandemic levels. Spot rates on the East Coast route continued to decline sharply, but the West Coast rates remained stable. Many blanked sailings are often seen as a solution of carriers when capacity in the market is overabundant.

Rates on the route from Asia to major US East Coast and Gulf ports continue to fall. Carriers expect more banked sailings in the first quarter of 2023, most notably from Vietnam. The goal is to limit excess capacity and continue to improve schedule reliability.

In Canada, market conditions and rates are similar to those in the United States. Vancouver had an improvement in vessel waiting times as well as an improvement in berthing delays (20 days). Falling demand on the Asia-North America route has contributed to improving port and rail congestion.

- Freight rates: Freight rates from Asia to the West Coast of North America this week increased slightly by 0.20% compared to last week, to $1,501/FEU. This rate is down 11.81% month over month, according to Xeneta data.

- Space: Generally available, despite the impact of blanked sailings and delays.

Recommendation: Bookings should be booked at least 2 weeks in advance of the scheduled departure date (ETD). Shippers note flexibility in planning their shipping when upcoming congestion and delays are expected. A high number of blanked sailings in the coming period should lead to more scarcity ahead of the Lunar New Year. Freight rates are still under pressure but have not decreased much because the supply and demand situation is more balanced.

- Space: Generally available, despite the impact of blanked sailings and vessel delays.

- Container equipment: Most are available.

Recommendation: Shippers should take note of flexibility in their shipping planning when upcoming congestion and delays are expected. 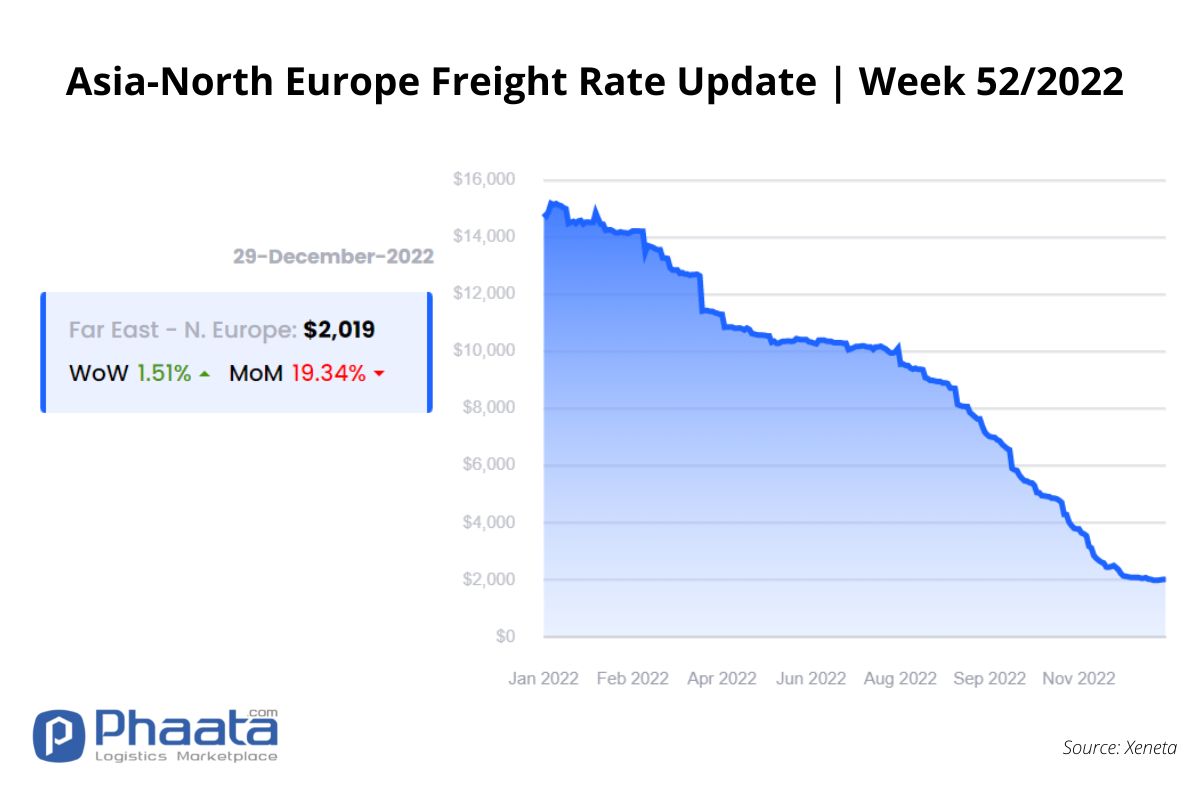 Capacity, congestion and equipment have all improved amid continued decline in market demand, but freight rates have not fluctuated much.

Congestion has improved across most North American container yards due to weak market demand. However, congestion persists in a limited number of areas around the Gulf and Southeast Coast.

- Space: There is no big change in capacity in the market with very few blanked sailings as carriers prepare for the Lunar New Year. Stable for West Coast ports, and has improved in US East Coast ports.

- Empty container equipment: The shortage of container equipment is still making it difficult for goods to be transported from within the US, especially at major ports. Chicago remains the most reliable intermodal inland port (IPI) location. Kansas City and Memphis are seeing congestion related to container and trailer equipment challenges. 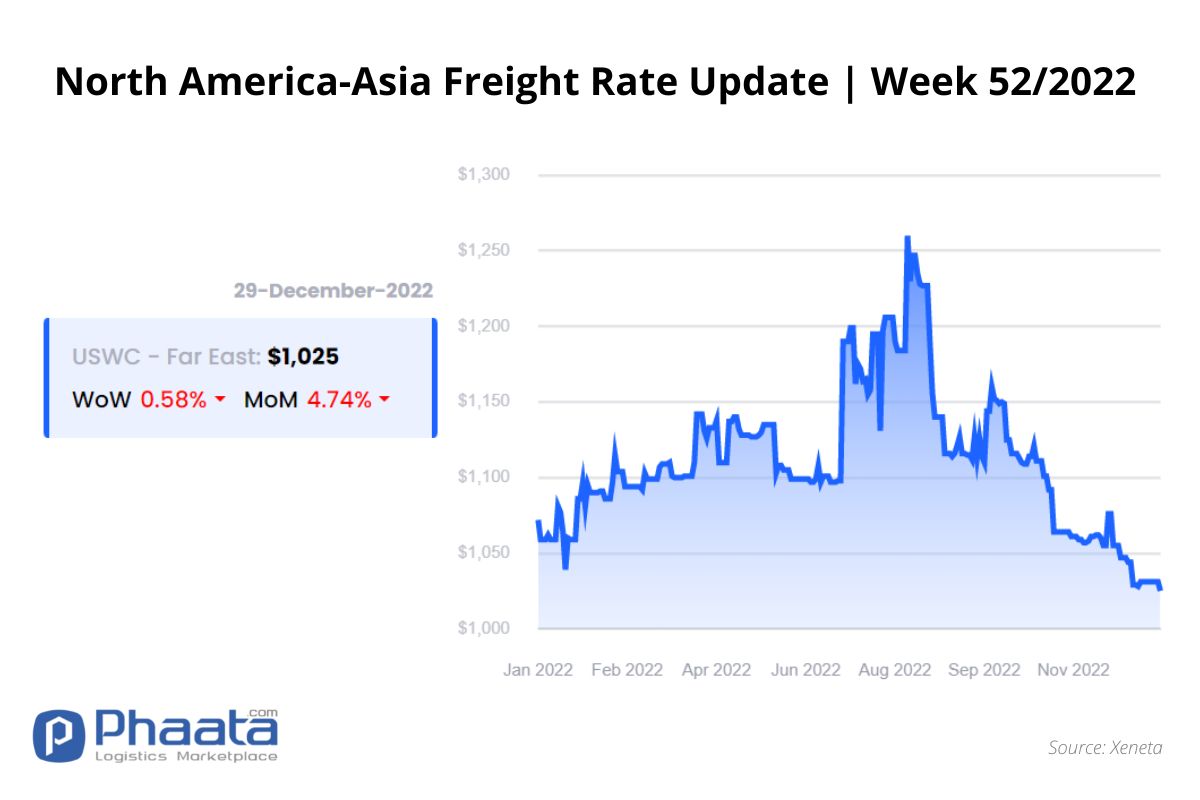